My Roger equipment doesn’t seem to be working... 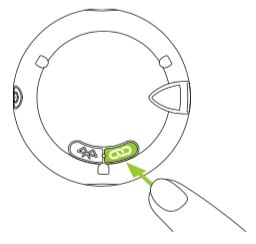 Sometimes a bluetooth or wifi connection in close proximity to the transmitter and receivers you are trying to pair will interfere with the bonding process, try moving away from any sources that might be causing the problem, such as a bluetooth mobile phone or wifi router.

I charged my Roger equipment yesterday / a few days ago and came to use it today, how come it isn’t working or has a low charge?

It is quite easy to think you have turned your Roger device off and not realise that you have muted it instead, or that it actually isn’t turned off at all and still actively working and discharging its internal battery. We recommend regardless that on day of use you put your Roger device on charge first thing so it will be there for you when you need it!

How do I delete the pairings of the receivers and any secondary transmitters that are paired to my primary Roger transmitter?

Let go of the button and then make sure you re-pair again to your receivers and other transmitters once you have done this!

My equipment is misbehaving, I want to reset my transmitter.

Roger Pen = press the on/off, the microphone, the accept and the decline call buttons all at the same time and hold for about 10 seconds.

Roger Select, Table Mic and Clip-on Mic = press the on/off and the connect buttons at the same time and hold for about 10 seconds.

Roger Inspiro = press the four side buttons simultaneously and hold for 10 seconds.

Roger Touchscreen Mic = press and hold on/off and mute buttons simultaneously for at about 10 seconds.

If Roger Select freezes and becomes unresponsive to button presses, then press and hold on/off and bluetooth button for 10 seconds. This action will not delete pairings to other devices but simply restart the device.

I want to pair my mobile phone to my Roger transmitter by bluetooth. 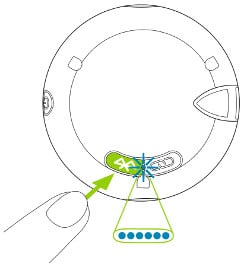 For Roger Pen press and hold the ‘Accept’ button until the device starts flashing rapidly blue. It is in pairing mode.

Then go into your phone menu and bluetooth settings, search for the transmitter, select it and accept the pairing.

I want to delete all Bluetooth pairings with my Roger transmitter.

To delete a bluetooth pairing, go into the Bluetooth menu on the mobile phone you want to disconnect, find your device and select “forget device”.

Then, to delete all bluetooth pairings from the Roger Pen, press and hold the Accept, Decline and Connect button on the Pen for about 10 seconds until the indicator light turns orange.

To delete all pairings from the Roger Select, press and hold the Connect and the bluetooth button on the underside of the device for about 10 seconds until the indicator light turns orange.

How do I switch on / off the bluetooth facility on the Roger transmitter?

When using bluetooth with my Roger transmitter battery the battery is not lasting as long as expected.

When I switch my Roger transmitter off the indicator light is still flashing blue.

You need to turn off the bluetooth on the Roger transmitter before switching the device off, otherwise it will still be connected via bluetooth and actively draining the battery.

Can my transmitter pair with many devices at once via bluetooth?

I am having problems with some features using bluetooth with my Roger transmitter.

Bluetooth standards are notoriously variable from phone to phone and not all features will work with all mobile phones. Try pairing the transmitter with other mobile phones and see if the issue persists.

I’m using a Roger Mylink and audio is very quiet.

Try altering the volume control situated at the side of the device. There is a ‘+’ and a ‘-‘ button down the side for you to make adjustments and you may have accidentally turned the device too low.

I can’t work out how to set up my telephony to work with Roger.

Click here for a useful guide to show you how to set up your phone adapter and have it working with your telephony equipment.

I still can’t see how to resolve my problem.

Make sure when you get there to remember to click the big red  SUBSCRIBE  button so you have easy ongoing access to the videos for future use. We are constantly adding to the channel so check back regularly!

You can find lots of useful information and documents including datasheets, online copies of brochures, quick guides and full user guides etc on the full range of Phonak Roger and other wireless products from their extensive portfolio.

If the troubleshooting solutions above (including our helpful and extensive YouTube clips and Phonak’s own help resources) are not resolving your issue just email us via our contact page giving us an initial brief overview of your issue and we will email you back either with some suggestions or a request for clarification so we can help you further.